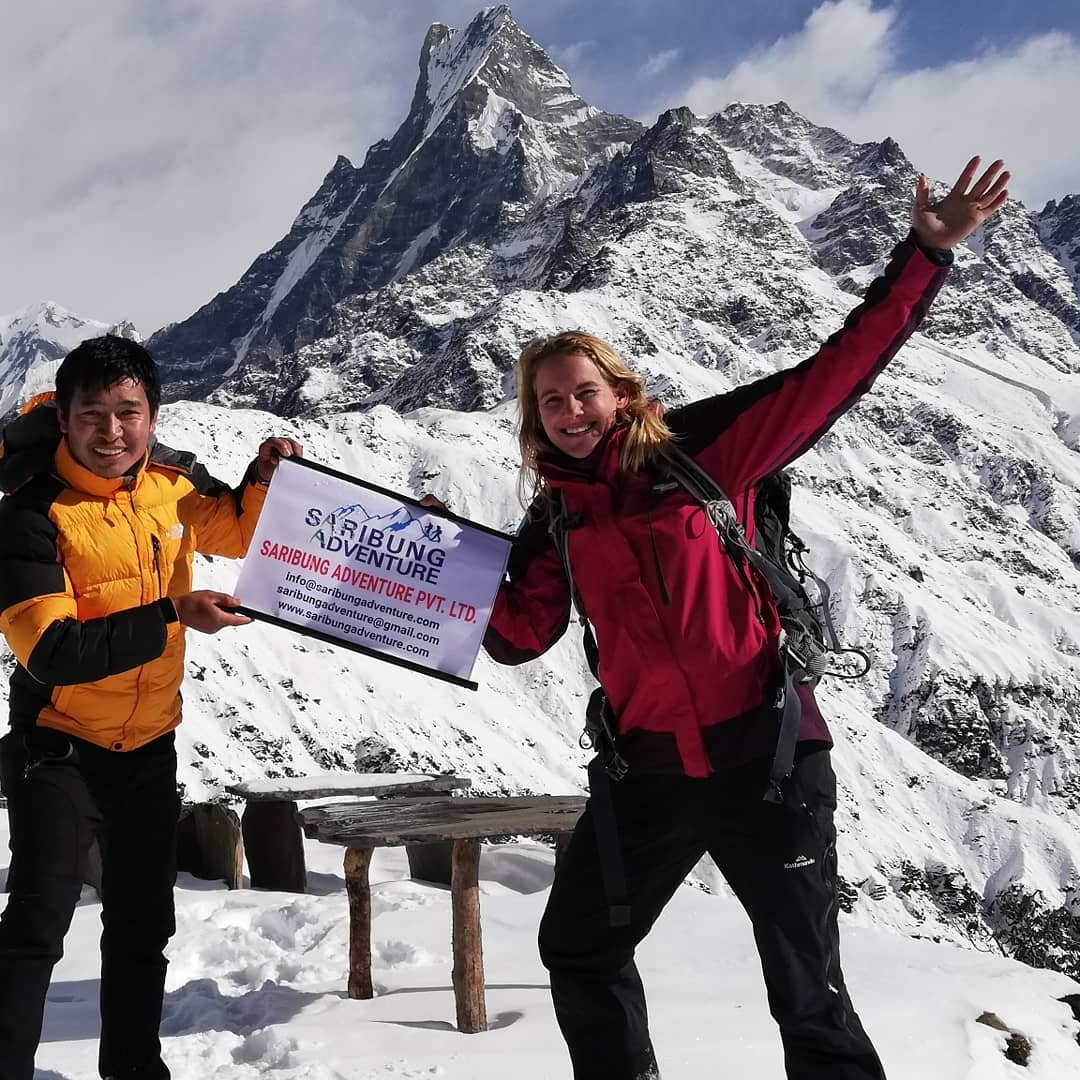 For a moment it seemed that the bad weather would keep us out of the high mountains. Nature is simply the boss. And the planned trek for my trip to ABC was already over ...
But dumping Simone in a city for a few days is not an option. A tricky combination is that

Fortunately, Jangbu Lama knew what to do. With a small detour and a heavy rain shower, which turned into snow and little visibility, we arrived in Ghandruk. The next day a thick hailstorm during the climb and the day after 2 hours spluttering through a snowstorm, finally brought us to High Camp at 3500m. A wonderfully satisfying feeling. At that moment only no mountain top can be seen. Everything white. But a wood stove ;-)

The next day the weather forecast would be better than the days before. But that doesn't say much in the mountains. Wait.

Energetically I jumped out of my warm sleeping bag the next morning. The sun was rising and it looked beautiful outside. Full of courage we started our climb to the ViewPoint above 4000m. A few other walkers came back and stayed closer for the beautiful view.

But we wanted to continue! So the last part we had to make a trail in a nice layer of snow. Jangbu first with his (borrowed) shovel and knowledge of the original path, and I following; hilarious face. But also abandon. Always sink and watch out for the abyss in some steep places. It became a pretty tough climb like that, which I also noticed in my breathing. But really super cool in the sun the View Point at 4040m. reach. Really cool!

A fantastic view of Annapurna South (7219m.), All the surrounding mountains and the valley through which we walked on the way to ABC. And Fishtail with its pointed top came a lot closer now.

Wow, I was so happy!

Really enjoy this rugged climb and unforgettable sunny morning.
Thankful that the weather gods were so kind to us.