Upper Dolpo Trek which is also known as Upper Dolpa Trek is the restricted area trekking that takes you into trans- Himalayan land that remained hidden from the world until 1989. Dolpo gained popularity when Peter Matheson mentioned about this mystical land in his popular novel- The Snow Leopard and Snell grove.
Located near to Tibet, the land is secured by Dhaulagiri Mountain and offers challenges of high passes, narrow paths and steep hills. Dolpa region is blessed with rare Himalayan herbs like Yarchagumba and abundance of wildlife including musk deer and elusive snow leopard.
Shey Gompa Monastery is the ultimate destination of Upper Dolpo Shey Gompa trekking. You will get once in a lifetime opportunity of witnessing ancient Bonpo religion that dates way back from Buddhist religion. It is one among few other places where Bonpo religion is still in practice. Upper Dolpo trekking route progresses along Arun River Valley to Nepal’s largest Himalayan Park named Shey Phoksundo National Park. You will visit spectacular Shey Phoksundo Lake before heading towards Shey Gompa. The trek rewards us with view of magnificent Kanjirowa peak. 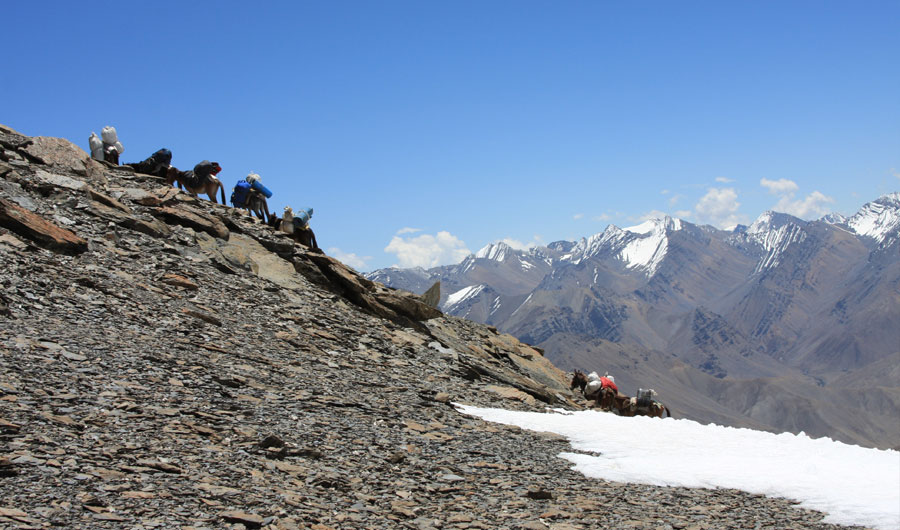 Lower Dolpo Trek which is also written as Lower Dolpa trek is the wonderful journey to the remote far western Nepal. Dolpo region gained its popularity after the release of Eric Valli directed and Oscar nominated movie- Caravan. Torquoise blue Phoksundo Lake is the jewel of Lower Dolpo. In fact, Phoksundo is the deepest Himalayan Lake. We will follow the ancient trail that has been in use since centuries before for the salt trade in between people from Dolpo and the neighboring Tibetans.